We added four feet to our family this weekend.
.
Last weekend, after a quick visit with Shelly (a.k.a. Sheldon before they found out he was a she; an 8-week old sibling of Lenoard, Penny, and Howard), we found out that that her parents weren’t quite ready to give her up for adoption like they had planned. [1]
.
In the mean time, E got excited about the idea of a new feline member of our household. Furthermore, we had already prepped for a long weekend visit that Shelly’s parents originally offered, so we had a four-day weekend planned and had purchased some basic supplies like an additional litterbox.
.
E began research. Lo-and-behold it was “cheap pet” weekend at the Austin shelter. Just like with Mítad on Cinco de Mayo in 2000, we landed upon the adopt-a-thon.
.
Friday, I took Purrrrrl to the vet to update her rabies vaccine and met a vet tech who fosters 22 cats in a “cattery”. We’d always had girls and were planning to get another female, but he suggested that male cats are both more affectionate and easier to introduce. According to him, females are quite territorial with one another.
.
We entered into the visitation room primarily because one of the young male cats named Sebastian. After all, who could resist a kitty with the Miami mascot name? Sebastian was very sweet and had a white patch on his chest and stripe on his belly just like Sosta did. But, he was out-loved by his roommate, Panther. Panther had a Zeta-turquoise collar, too. It felt meant-to-be!
.
The good/bad part of this deal is that he reminds me so VERY much of Sosta. I still miss her a great deal and the reminder is both warm and harsh. So far, I spend my time adoring him in reference to her and realizing he’s not the cat she was. He is ready to be friends with Purrrrrl, and she’s close to accepting him, too. We are sure that by the time the weather is cool, they will be snuggle buddies.
.
The vet tech may very well have been right: Panther’s lovely and affectionate. He seeks attention from us and does his best to sleep in the middle of the bed so he can be close to us both. We are already quite pleased with him and with our decision to add a member to our family.
.
Oh, and black cats (as well as dogs) are always the least adopted, so we not only saved a kitty from shelter life, but also took one of those at the greatest risk of never having a family to love.
.
[1] There is a story here that, believe it or not, implies that we offer kitty parachuting lessons from our 3rd floor balcony!
. 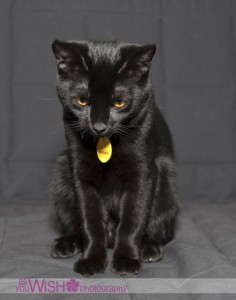 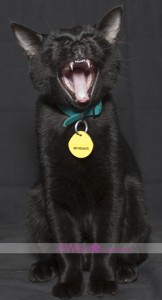 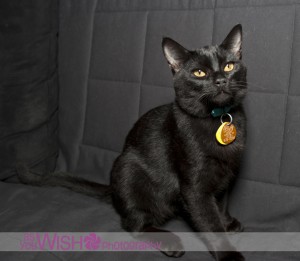 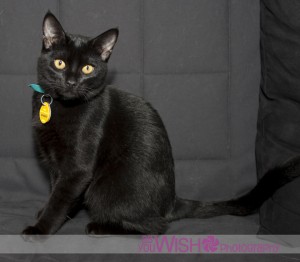 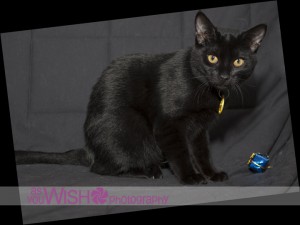 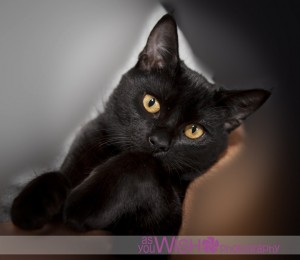 2 thoughts on “A growing family: Panther”