Saturday, we wanted an adventure away from the Memorial Day weekend craziness. So, after lunch at Pita Fusion (OMG was it GOOD!), we drove out to a National Wildlife Refuge near Burnet. 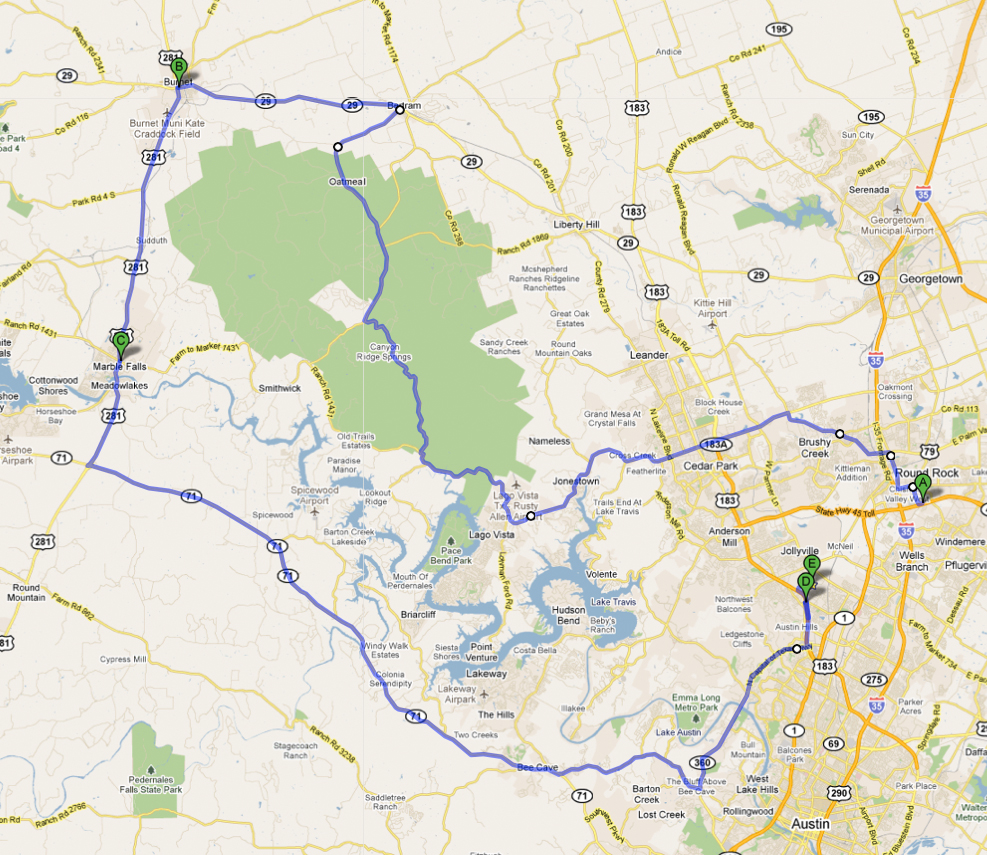 On the way there, we ventured through some developments with marinas and/or boat docks. In one of them, we found this gorgeous windmill.

Next, we took the road less traveled through the Balcones Canyonlands National Wildlife Refuge. As is typical with a refuge, there weren’t really any places to stop and get photos, but it was a pretty drive with a lot of low water crossings. (And, now that we have iPhones, we have @waze, so we munched the dots on the entire road and racked up a bunch of points. Bonus!) It was strange to see homes and other obviously personal property inside the refuge. Our guess is that they were living there before it was declared a refuge. The road runs along Cow Creek, so of course we saw a lot of cows.

Just before we exited the refuge, we drove through the town of Oatmeal. I’d never heard of it until I heard Matthew Inman / @Oatmeal speak at SXSW (If you aren’t reading his comics, you should. The entire school system for Australia bought his “10 Words You Need To Stop Misspelling” posters for their classrooms. His stuff is not always safe for work, but it’s funny! And true. And real.) Anyway, they have a building with huge pavilions for family reunions and similar events. It looks exactly like the one in Deanville, Texas. They also have a “silo” piece of art painted like the Quaker Oatmeal container. Cute!

In Downtown Burnet, we found the “World’s Smallest City Park.” It’s just a grassy patch in front of their visitors’ center, but it has a gazebo and a giant bluebonnets statue. 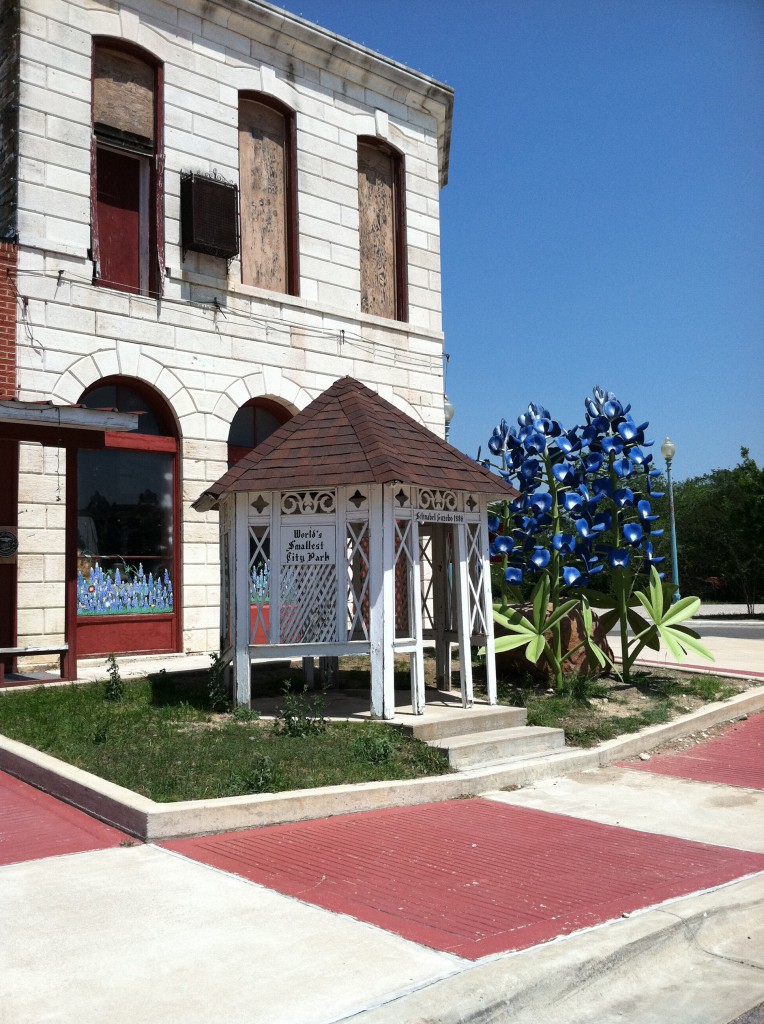 Burnet’s “river walk” is a pretty park with lots of benches and shade. 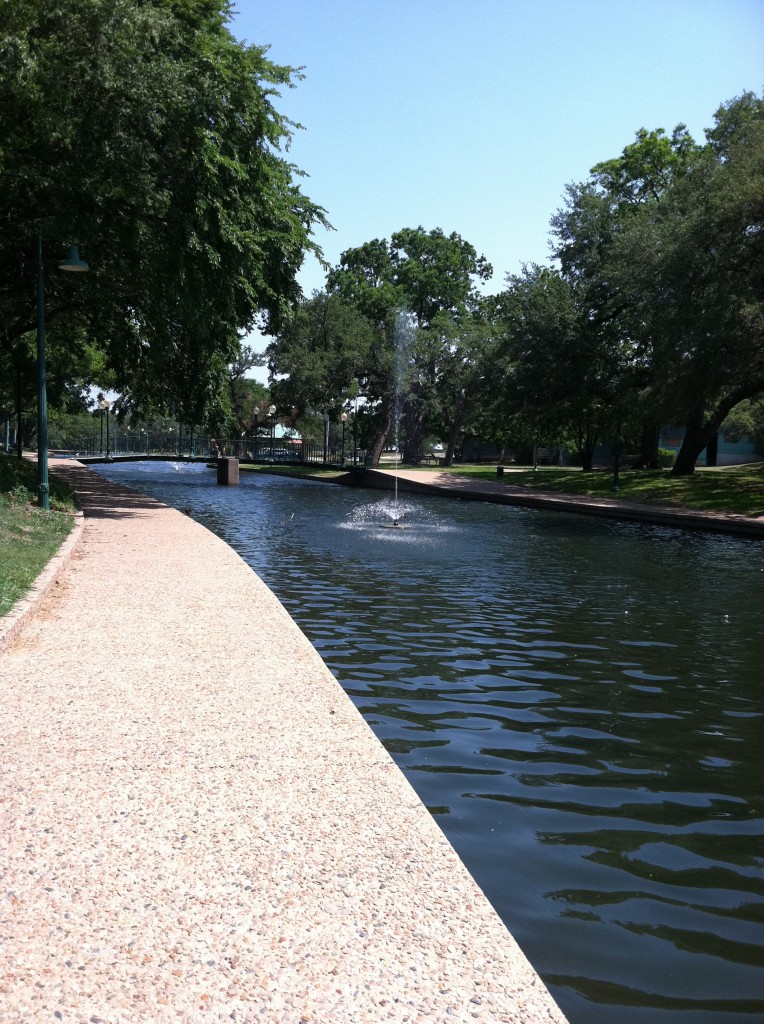 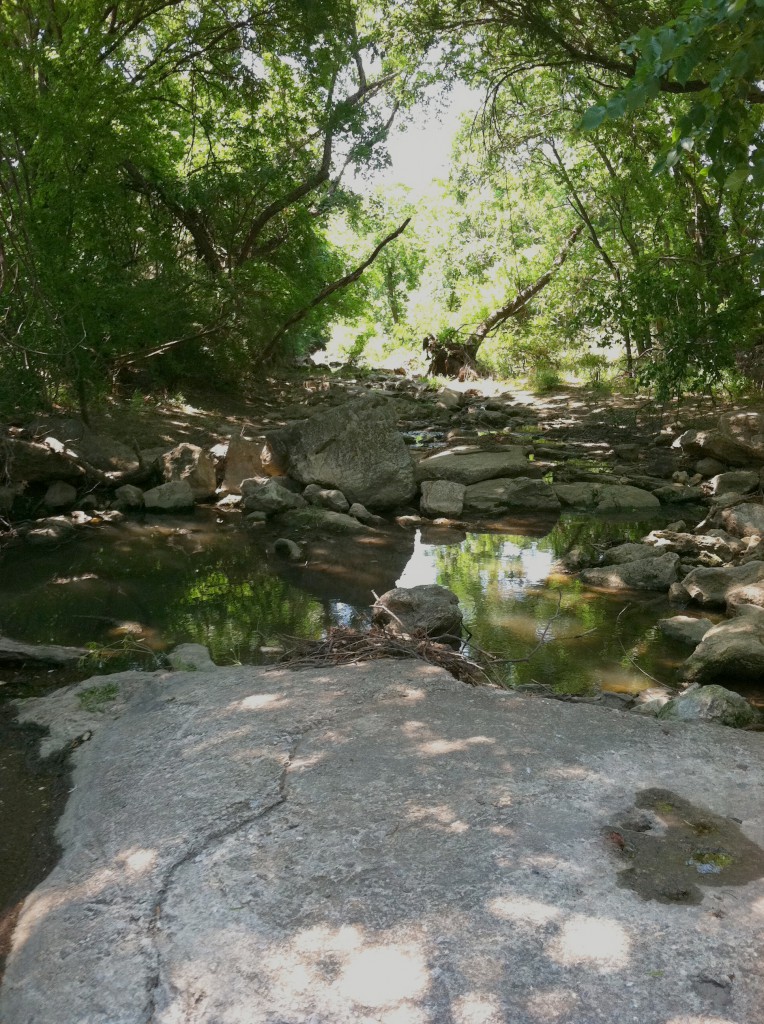 I wish these ducks hadn’t been so scared. Their spot in the sun blew out all the color on the little yellow fuzzies. 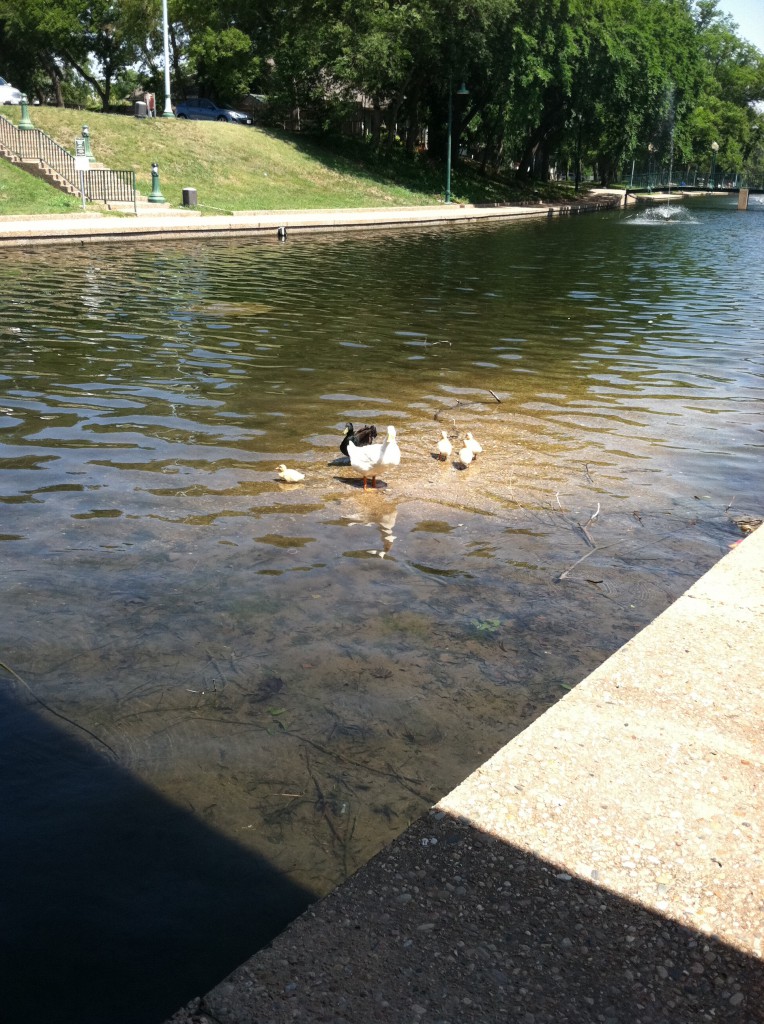 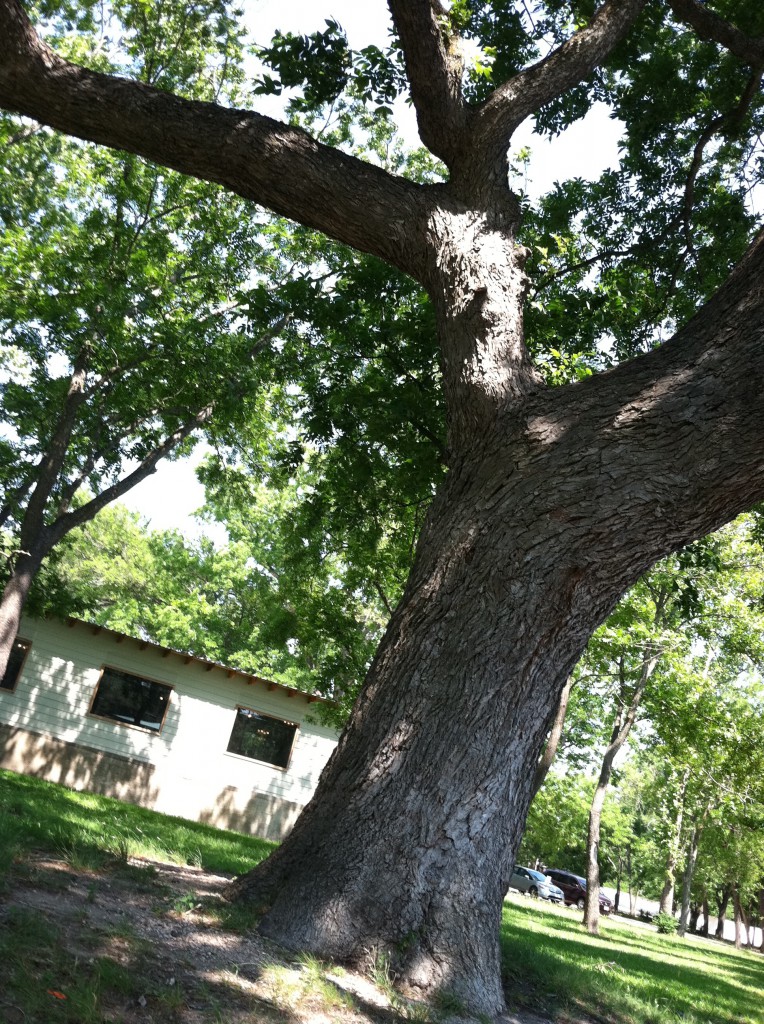 From Burnet, we drove south to Marble Falls where we found a cute bar–with a ranch theme “R-“, the “R Bar & Grill–that had a shuffle board table. We spent most of the afternoon, there. E won every game but one. I have two “speeds” in shuffleboard: not worth a point and off the edge. We met a guy in a shuffleboard league who told us we were playing by all the wrong rules! Of course we were: E was in charge.

We meandered home via some of the central highways and stopped at the Brick House Tavern & Taphouse for a drink. I had given them one star in my Yelp review because they don’t have anything on their menu that I can even modify to eat. But, it was a nice place to have a beer & a Dr. Pepper and sit on the deck. I may have to revise my score of them.