A this year’s #gdgt event at South By Southwest, we saw a couple of brands of wireless sound bars. They are sleek and powerful. Not only to they emit great sound, but they also eliminate a few cables.

For E’s birthday he picked out an affordable model that was also on sale for Black Friday weekend.

Media wise, we lost three speakers–left/right & center–the receiver I hate, the CD player we never used, and one remote. Furniture wise, we lost one media cube and came real close to losing the small media tower, too. We also lost approximately eight wires.

We gained the bar itself, one wire, and one remote. Pretty neat trade. I think we gained one wire.

The new sound comes with some very handy settings: “night” balances loud action with quiet dialogue; another keeps commercial volume down. Most importantly, the little detail sounds are far more apparent, painting a better picture of what’s going on in the scene. We watched part of The Thing (the prequel) last night and already like this so much better than the setup we had…..which is now on Craig’s List. 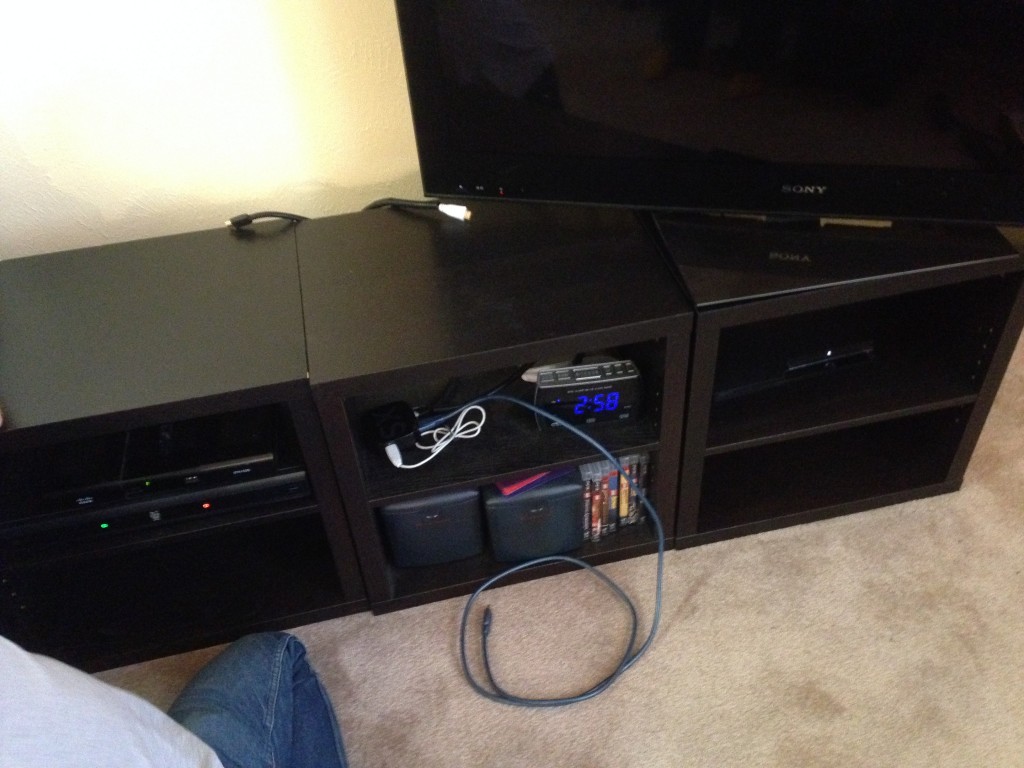 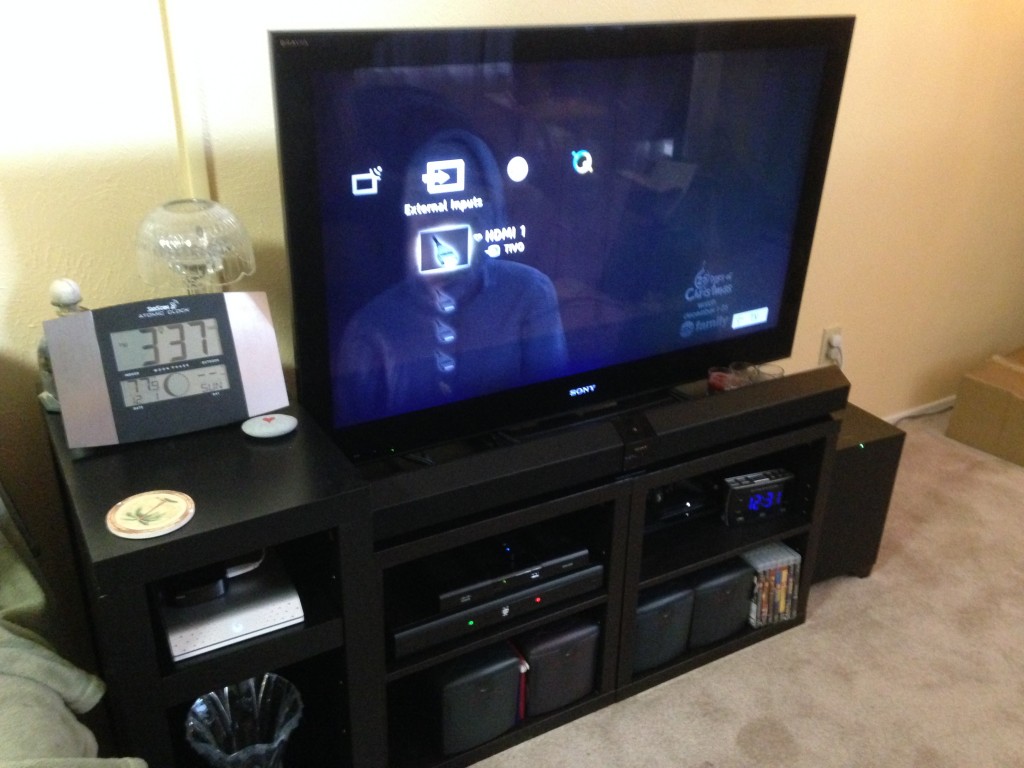