I started the next “chapter” of Death to Popcorn in #DomaLuza this week. Our “Wifey” needed a big distraction, so she came over and helped me scrape the Master bedroom (Chapters 1 & 2 were the Powder room trial and the Kitchen with a tray ceiling). Our bedroom ~13’×18′ and, with her help, we knocked the whole thing out in one day! E & I slept downstairs that night. I spent the next day–and then some–doing the rest of the cleanup, but it was such a relief to get it all down in one day. “Wifey” & I even went to knitting on Monday and E & I went to Puzzled Pint on Tuesday, so we didn’t give any of our lifestyle to this project. She and I also removed the popcorn in the master closet, which is tiny, but was very poorly done, so the scraping was harder in there. 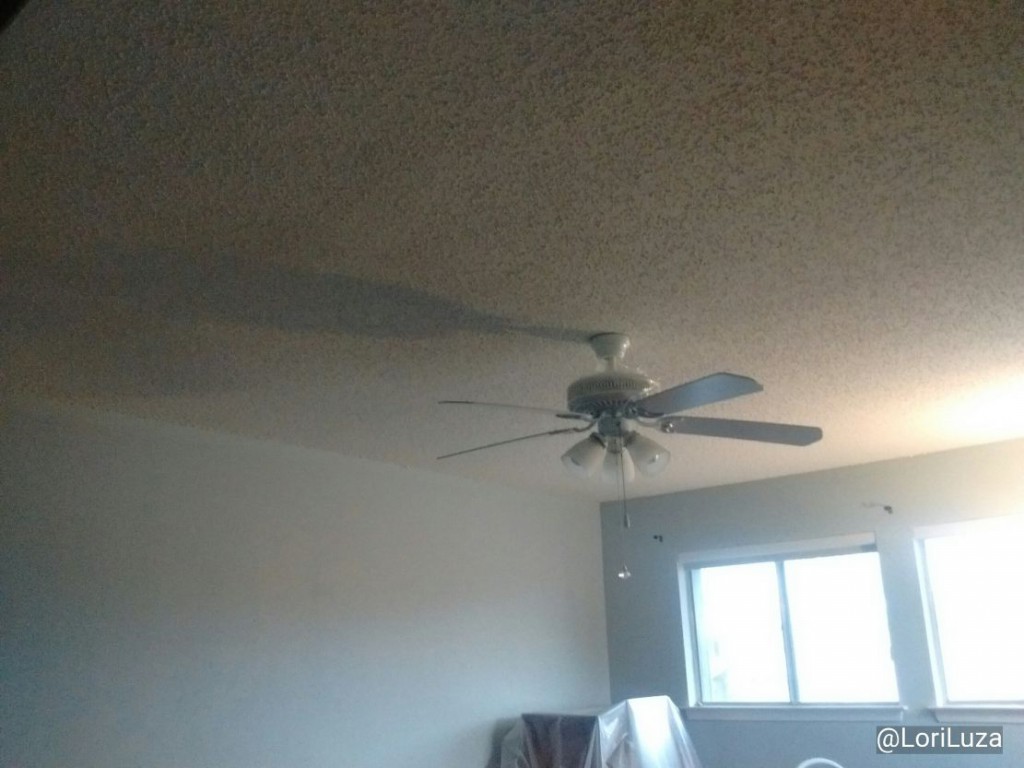 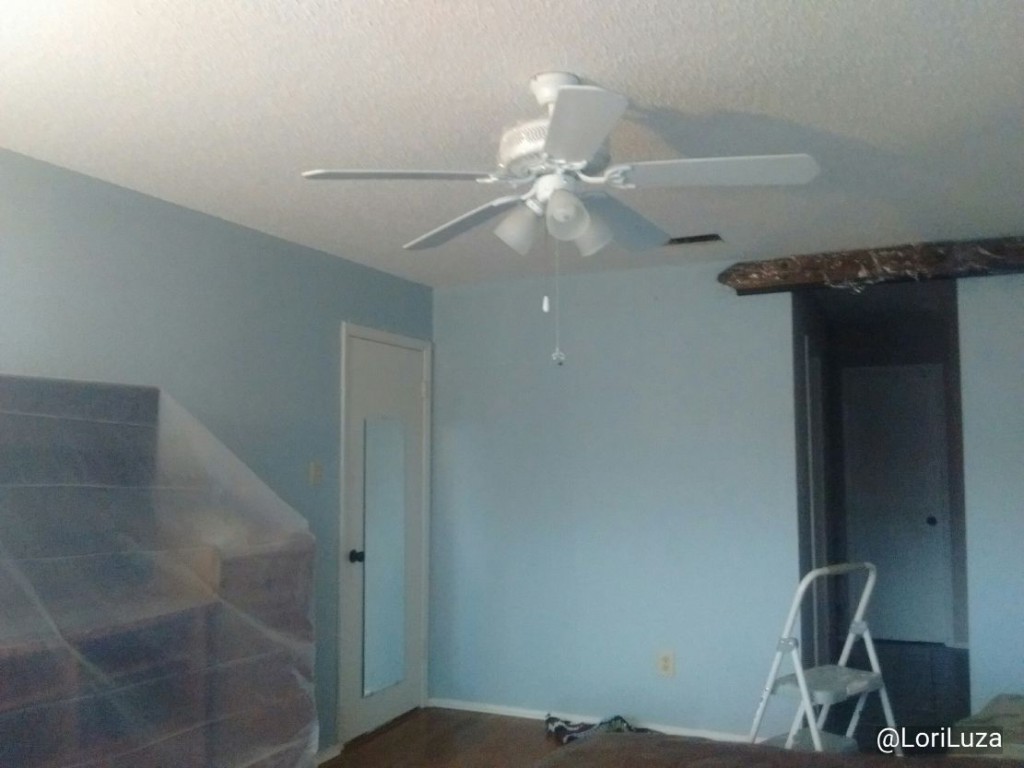 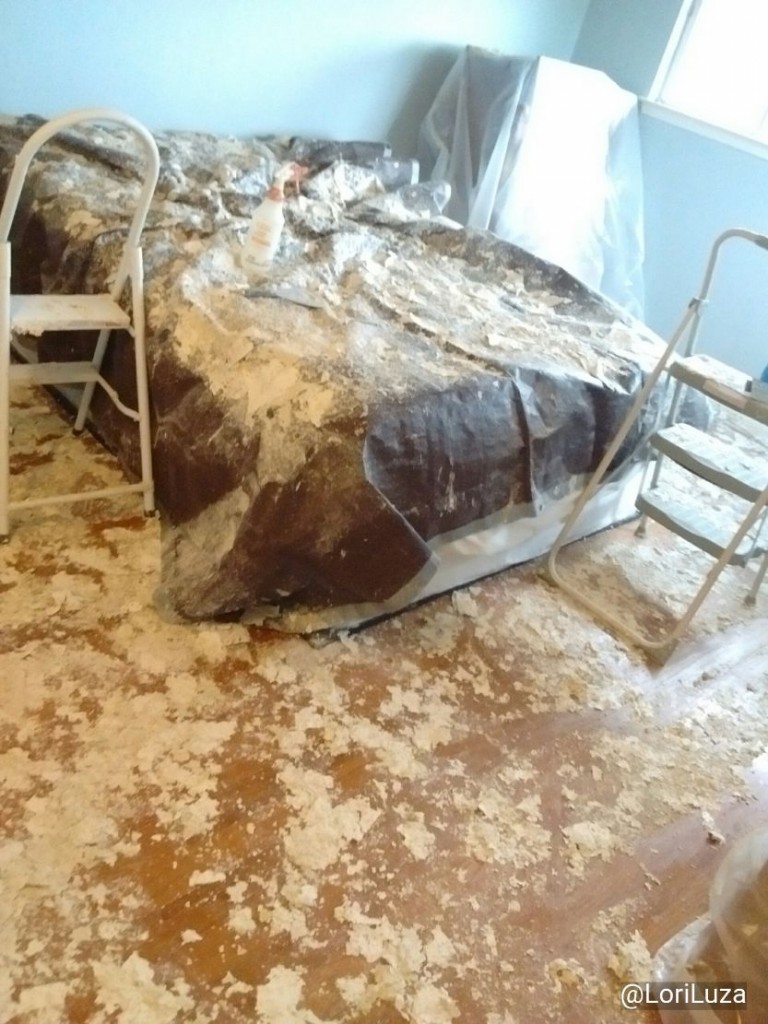 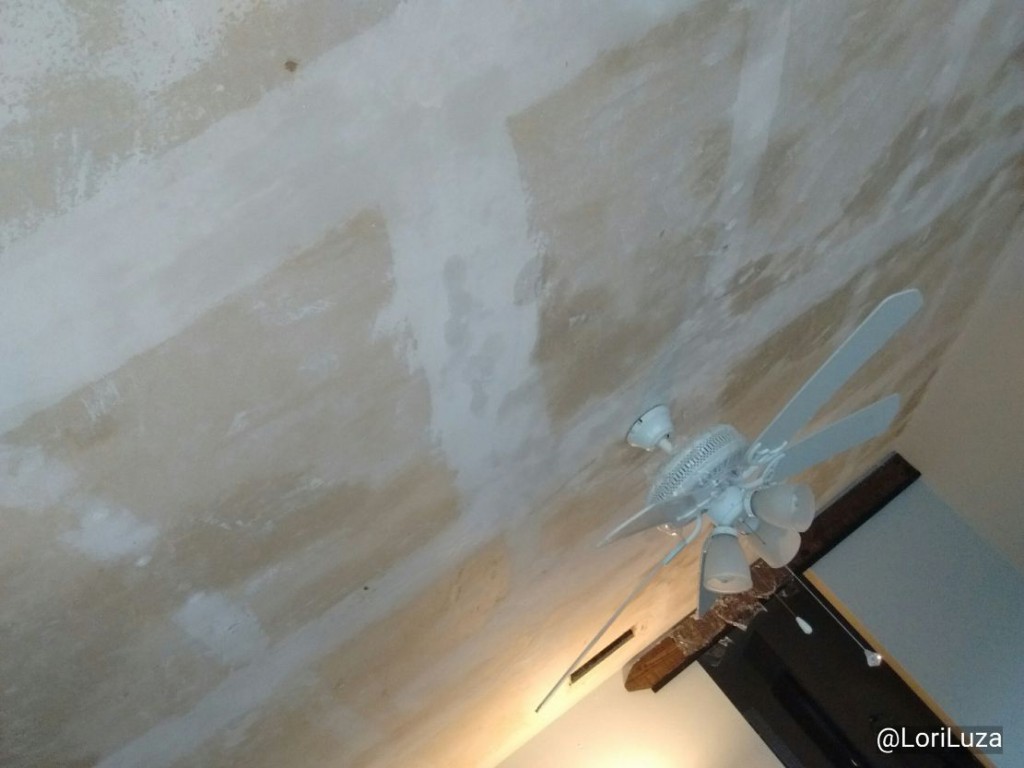 After I partially recovered from whatever germs are going around, I rasped the walls of the master closet. When they tore out the original shelves, they did the second worst patch job I’ve ever seen. Did you actually know that caulk isn’t the same stuff as spackle? #facepalm
Anyway, we’re going to prime and paint the closet first. Then, I’ll continue around with the de-popcorning while the weather is mild enough to leave the (fancy new) HVAC off and open the windows. The rain this week was actually helpful, I think.

And, while I thought of it, E denounced it as a bit ridiculous and “would never work”…but I swear I did think of hooking up a shop vac to a scraper to catch the dust along the way. I should have distrusted him and Googled it. Apparently, that shit works. At least we have 3ish more rooms to do before I learned this is a real thing.