We found a “steal” of a deal on Craigslist. All the rocks you can carry if you’ll just come get them. They are perfect for our landscaping ideas for our tiny space of yard. The project already looks amazing and we have at least 3 more trips of rocks to go get. We weren’t planning on doing this one right now, but when the free rocks popped up, we just couldn’t pass it up. It’s been a lot of work, has burned a lot of caLes, and has caused a few scrapes and bruises, but it’s going to be so worth it in the end.

I’m terrible and never do before pics, but here is some of the progress during and the after pics. 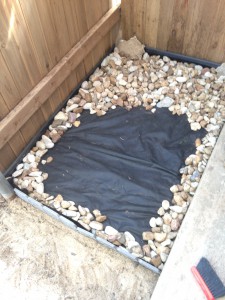 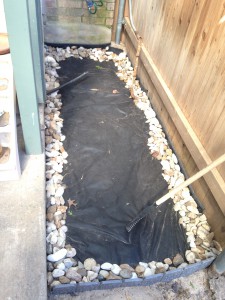 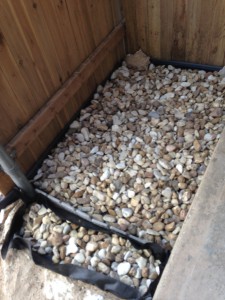 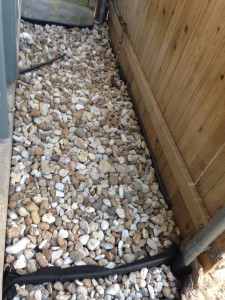 These “beds” are just inside our gate between the fence and the slab foundation. The rocks that were there were stepping stones seated into the concrete sludgey stuff left at the end of a concrete pour. They worked fine for ~20 years, but they were starting to break and become a trip hazard. They came up very easily. I wasn’t even planning on taking them up with this project, but it was so easy, I just couldn’t stop. I have also “outlined” two beds out back (past the fence, not in these pictures). Those have a tree and a birdbath. There are also groups of rocks. A large planter will hold hyacinth. And, we plan to get a wisteria to climb the chimney. Those two should bring in the butterflies and hummingbirds.

So, then, after all our hard work, of course, Murphy has to come visit. There is a plumbing problem. For the second time since we’ve owned this house, it “rained” from the upstairs to the down. (And created a big puddle in the kitchen for the third time, we had a big puddle in the kitchen.) We have a toilet that hasn’t been flushing well, but draining the tub after a bath seems to be more than it could handle; the toilet “belched”. So, tonight, we will seek out a snake and see if we can learn to snake a drain. It’s a very busy week: we need to wrap up the rocks project so we can stop bothering the nice man who lets us come get them for free. We need to go home and deal with my mom and her stuff. We need to do our usual end-of-month stuff.

So, we decided last night to skip the Luza trip to Dime Box again. Hopefully (still pending E’s co-worker’s dad’s condition/status), we’ll be coming back from Paris on that day and would have to get up super early (5:30am?) to leave my grandmother’s in time to make Dime Box by lunch. That’s not fair to us or her.